Section 4 of the Act, provides for a mandatory minimum contribution of ten and eight per cent of employee’s monthly emolument by the employer and employee respectively. Each employee is to open a Retirement Savings Account (RSA) into which the contributions are to be paid, with a Pension Fund Administrator (PFA) licensed by the National Pension Commission, established under section 17 of the Act, to regulate and supervise pension schemes in the country. The PFA is to manage and invest the fund in the RSA, from where a contributor will draw benefits on retirement, in line with the provisions of the Act.

A major factor in economic growth is savings. Savings can be termed as money that is set aside through banks or any other financial institution that provides the facility. The Contributory Pension Scheme being a mandatory scheme, has compelled employees and employers in the public and private sectors to collectively save a minimum of eighteen per cent of an employee’s monthly emolument into the employee RSA, from where employees will be paid retirement benefits. This has increased national savings.

As at December 2017, the Net Assets Value of Pension Assets under the Contributory Pension Scheme was N7.5 trillion. This happening against a background of federal government budgetary pension deficit estimated put at N2 trillion as at June 2004, when the Contributory Pension Scheme took off and a non-existing industry before the CPS took off, is a huge achievement. Of the N7.5 trillion Net Assets Value, 70.42 per cent was invested in FGN Securities, 10.33 per cent in Ordinary shares, 9.08 per cent in local money market securities, 2.03 per cent in state governments securities, 2.71 per cent in Real Estate properties. The fund was also invested in Supra National Bonds, Mutual Funds, Specialised Funds (Infrastructure and Private Equity) etc.

Investment of pension fund in federal and state governments’ securities, has assisted these governments to cost-effectively manage their national debts, thereby contributing in the solving of their financial needs. The fund has come in as an independent financial intermediary, as the nation’s private business enterprises no longer rely on the banks as the sole sources of outside capital for the financing of their businesses. The fund has therefore provided a domestic source of borrowing, which doesn’t attract excessive high interest rate. The transfer of resources in favour of long term assets by the fund has significantly impacted on the nation’s GDP growth rate.

The Pension Reform Act 2014 provides that the Contributory Pension Scheme should be privately managed and to this end, the law made provision for specific institutions that will manage the Scheme. Principal among the institutions is PenCom, established under section 17 of the Act. The principal objectives of PenCom are to enforce and administer the provisions of the Act; co-ordinate and enforce all other laws on pension and retirement benefits; and regulate, supervise and ensure the effective administration of pension matters and retirement benefits in Nigeria. PenCom with headquarters in Abuja, has regional offices in the five geopolitical zones of the federation.

Section 51 of the Act provides for Closed Pension Fund Administrators (CPFA). Pension Schemes in the private sector existing prior to the introduction of the CPS in June 2004 were allowed to continue as CPFA, subject to guidelines issued by PenCom. The companies are required to have operated a fully funded existing pension scheme with assets of at least N500 million. There are currently seven CPFAs, namely Chevron CPFA Ltd; Nestle Nigeria Trust Ltd; Nigeria Agip CPFA Ltd; Progress Trust CPFA Ltd; Shell Nigeria. CPFA Ltd; Total (E & P) Nigeria CPFA Ltd; and UNICON CPFA Ltd. Section 54 of the Act also provides for Pension Fund Administrators (PFAs). PFAs are limited liability companies whose sole objectives are management of pension fund; including investment; and payment of benefits. There are twenty-one licensed PFAs, with their headquarters either in Abuja or Lagos, including branch offices in most states capitals. The Act in section 56 further provide for Pension Fund Custodians (PFCs). PFCs are responsible for keeping safe custody of pension assets. There are four in number, namely; Diamond PFC Ltd; First PFC Nig. Ltd; UBA Pension Custodian Ltd; and Zenith Pension Custodian Ltd.

Combined, PenCom, CPFAs, PFAs and PFCs employ thousands of graduates of diverse professions, thereby helping to take off the streets able bodied Nigerians in particular, young graduates who otherwise would have been roaming the streets in search of jobs.

Pension fund has also impacted positively on other sub sectors of the financial sector of the economy. As the fund press for improvements in the architecture of allocative mechanisms, including investment, risk management, better accounting, auditing, brokerage and information disclosure; Insurance supervision and management for Group Life Insurance and annuity, new securities and rating agencies have developed. The fund has developed Equity market, which has shown to enhance overall economic development.

The monthly pension payment under the Life Annuity Scheme established under section 7(1)( c ) of the Act has averaged N1.7 billion as at March 2017. That figure is much higher now. Moreover, the total premium paid to Insurance Companies for the Group Life under section 4(5) of the Act was N170.57 billion as at March 2017. This has significantly assisted the growth of the insurance industry.

In spite of these notable achievements and the positive impact of the fund on the economy, there have been recent activities, both legislative and administrative, which will undermine the Pension Reform in Nigeria. There are Private Members’ Bills in both chambers of the National Assembly, which have all gone through second readings in both chambers, and public hearing held on them. Of note is the fact that during the public hearings organised by both chambers, critical stakeholders in the in the pension industry, roundly criticised, condemned and rejected the Bills.

The unfortunate point in the Bills saga is that it points to the fact that the Bills are surreptitiously, being sponsored by agencies of the federal government, with the sole objective of exempting the Police, Customs, Immigration, Prisons and the Nigeria Security and Civil Defence from the Contributory Pension Scheme. The sponsors of the Bills carry on, with full knowledge that the issue of Police personnel exiting from the Contributory Pension Scheme had since been resolved by government with the licensing of a Nigerian Police PFA by PenCom and the PFA is doing well.

These sponsors are also aware that a Federal Government White Paper on the Report of the Presidential Committee on Restructuring and Rationalisation of Federal Government Parastatals, Commissions and Agencies, accepted the committee’s recommendation that the practice where certain categories of employees were opting out of the Contributory Pension Scheme should be stopped.

Administratively, the federal government as the sole employer of federal public servants including staff of the Federal Capital Territory, has not been adequately funding accrued rights of her employees who were in service before the Commencement of the Contributory Pension Scheme, thereby causing these employees not to be paid their retirement benefits as and at when they retire from service. Furthermore, there are delays in the payment of premium for the mandatory Group Life Insurance, thereby causing delays in the payment of death benefits. The government has also not commenced the implementation of the increases in the rates of contributions by employers and employees as provided for in the Pension Reform Act 2014. These increases took effect from 2014 and were meant to enhance the balances in the employees’ Retirement Savings Accounts.

The government needs to tackle these drawbacks to the smooth implementation of the Contributory Pension Scheme because if not address, they are capable of eroding the gains so far recorded. 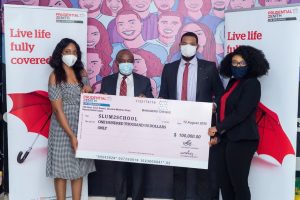 Prudential Zenith Life Donates $100,000 to Slum2School towards fighting effects of COVID-19 in Nigeria. 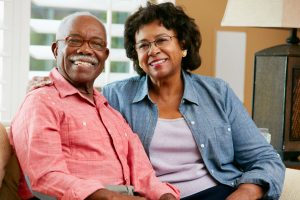 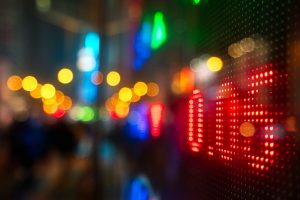 This website uses cookies to improve your experience while you navigate through the website. Out of these, the cookies that are categorized as necessary are stored on your browser as they are essential for the working of basic functionalities of the website. We also use third-party cookies that help us analyze and understand how you use this website. These cookies will be stored in your browser only with your consent. You also have the option to opt-out of these cookies. But opting out of some of these cookies may affect your browsing experience.
Necessary Always Enabled
Necessary cookies are absolutely essential for the website to function properly. This category only includes cookies that ensures basic functionalities and security features of the website. These cookies do not store any personal information.
Non-necessary
Any cookies that may not be particularly necessary for the website to function and is used specifically to collect user personal data via analytics, ads, other embedded contents are termed as non-necessary cookies. It is mandatory to procure user consent prior to running these cookies on your website.
SAVE & ACCEPT

Do you have a complaint ?